The UN Climate talks (COP 24) are currently underway in Katowice, Poland and it has become clear that if we are to avoid the devastating effects of runaway  climate change, drastic and urgent action is required from each and every one of us!

The question is: Is the plastic we throw away just a drop in the ocean or is it the straw that breaks the planets back?

In the last few years, warnings on the effects of our uncontrolled and mindless use of single use plastic have grown increasingly loud, and no wonder! Plastic has invaded every aspect of our day to day life. At least 8 million tons of plastic enter the oceans each year. With time, plastic dissolves into smaller pieces, called micro plastic. These micro plastics have not only penetrated the ocean but most importantly its animals. It is estimated that more than 50% of sea turtles have consumed plastic. Through the food chain, sea animals pass on the micro plastic to other animals, including us humans. The average person consumes more than 70,000 pieces of microplastics each year and in 93% of Americans, traces of Bisphenol A (BPA), a chemical substance found in many plastic products, can be detected in their body. The effects are terrible. Such substances have been linked to various cancers, attention disorders and cardiovascular disease, to name a few.

These alarming facts have become increasingly known through research blogs, and social media. Most importantly, through active advocacy and campaigns, individuals, business and governments all have become aware of their responsibility to take action to reduce single use plastic. It is often very easy and inexpensive to significantly reduce plastic pollution. However, all of this focus on plastic has some people concerned that it may be distracting us from the catastrophic, humanity altering changes that are already being wrought by greenhouse gas emissions, meat production, and deforestation that are major causes of climate change. 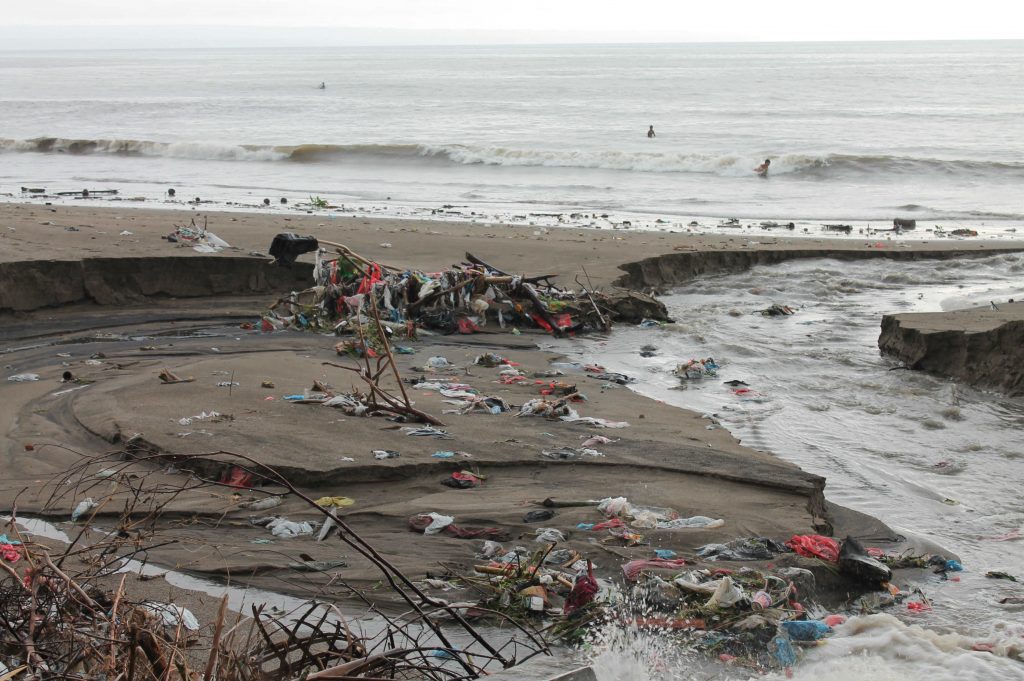 Plastic pollution at a beach in Indonesia

This sounds like a reasonable argument at first glance, but it is important to understand the link between plastic pollution and climate change. When we think of climate change, we tend to picture smoking chimneys of factories, car exhaust, and machines cutting down the rainforest. When we think of plastic, we rarely imagine what is happening after we throw it away and we don’t often take into account that plastic is a product of fossil fuels and due to its chemical structure, lasts incredibly long. In fact, every piece of plastic ever made still exists and will continue to do so for another 500 years!

Not only is plastic made from fossil fuels, greenhouse gases are also emitted during its production. According to 5gyres, one of the cheapest ways to create plastic is through “cracking”. When land is fracked to produce fossil fuels, ethane gas is produced as a byproduct. But with plastics, the worst part comes at the end. Researchers from the University of Hawai’i at Manoa School of Ocean and Earth Science and Technology have discovered that there are several greenhouse gases that are emitted as plastics degrade in the environment. According to the study, greenhouse gases methane and ethylene are produced when plastics are exposed to sunlight. The study team tested a number of different plastics and found that both virgin and aged polyethylene, used in shopping bags, which are at the core of the single use plastic problem, are also the most prolific emitters of these gases and continue to emit them for up to 200 days after.

With plastic production projected to triple by 2050 and with more than USD180 billion allocated over the next 10 years to build 263 new “cracker” facilities to produce plastic, it is clear how large the magnitude of the single use plastic problem is and that the fight against plastic pollution and climate change are interlinked. 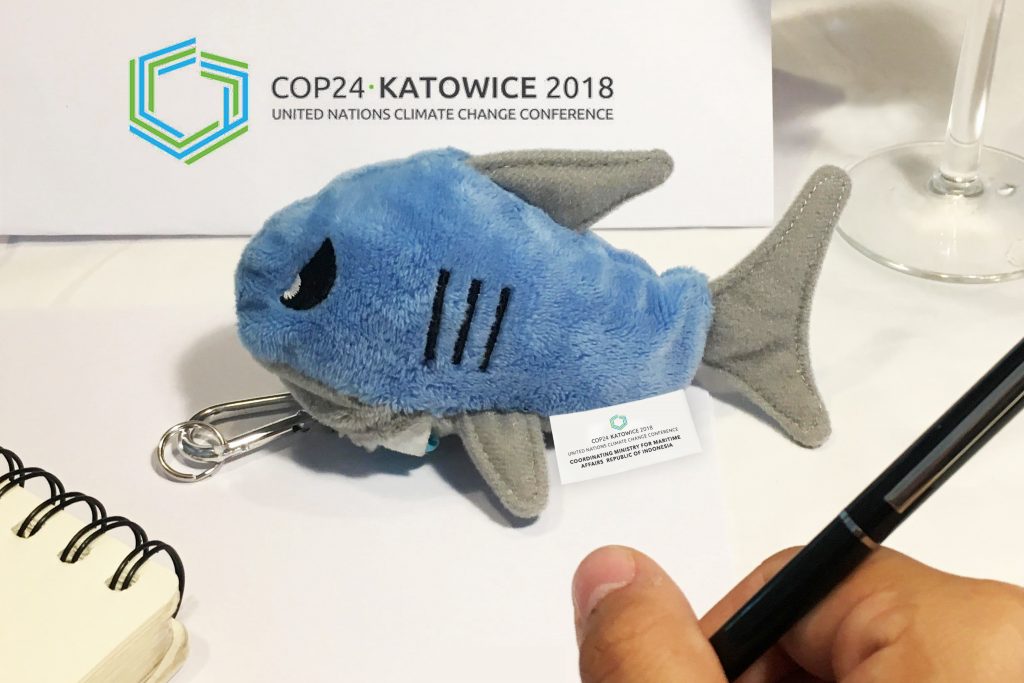 Fighting climate change can sometimes seem like a daunting challenge and for many, it may be more accessible to start with what may perhaps be deemed as small actions, however, these small actions can lead to large scale behavioral changes in society and it could be argued that small changes to behavior in terms of single use plastic could be a “gateway” to other responsible behavior such as consuming less animal products, driving less, etc.

This is why we at “Making Oceans Plastic Free” together with the Indonesian Ministry for Fisheries and Maritime Affairs strongly support Katowice Climate Change Conference and are happy to contribute to the conference, by providing Tasinis to some of the participants. Tasini is a practical solution that helps to solve both of the big challenges of our time: Plastic Pollution and Climate Change.