The experiment is … ON!

So Björn my co-supervisor finally arrived and it was great to have him here and share and discuss the challenges of the research. Most of the things were prepared: research location; the student assistants from our cooperating University in Bali were waiting for instructions; the survey was drafted and translated into Indonesian, and the bags were done: 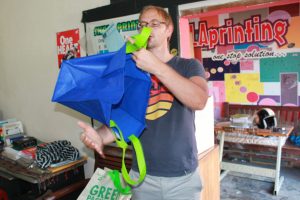 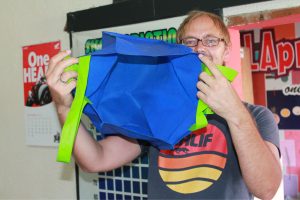 Blue like the ocean and green like the paddy fields, with short handles for the little hook up front people’s motorbikes, and the longer handles for carrying the bag on the shoulder, big enough for Melons and big Papayas and the rest of the shopping to fit. 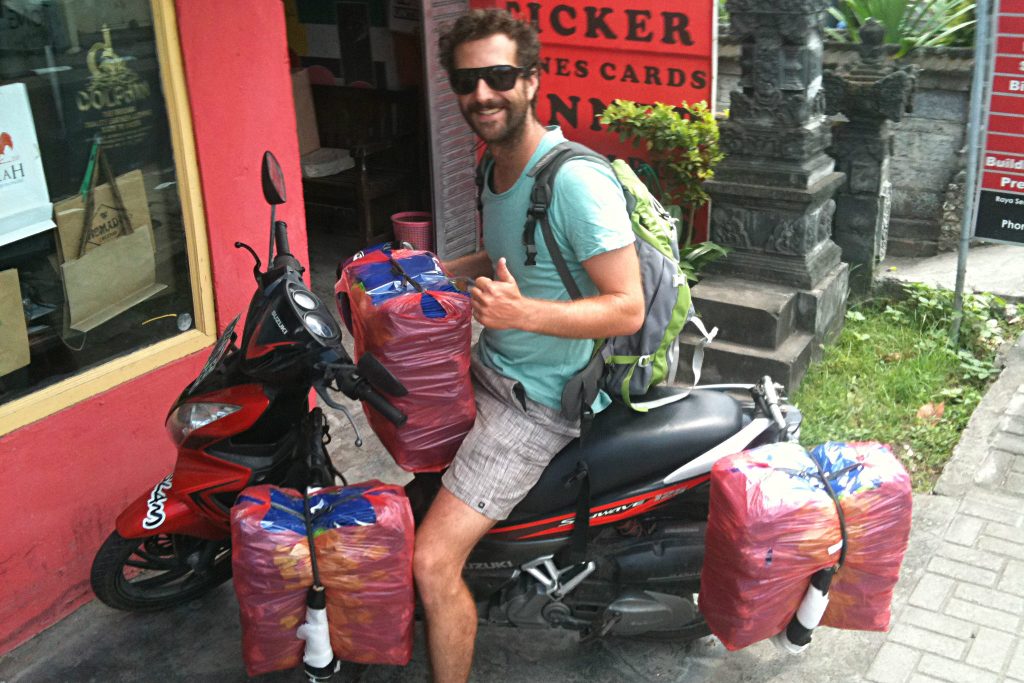 Happy that the reusable bags are done

500 reusable bags neatly prepared in…. PLASTIC BAGS! And not just one, packaged into 10s and then 80s and then two more on top, just to make sure… 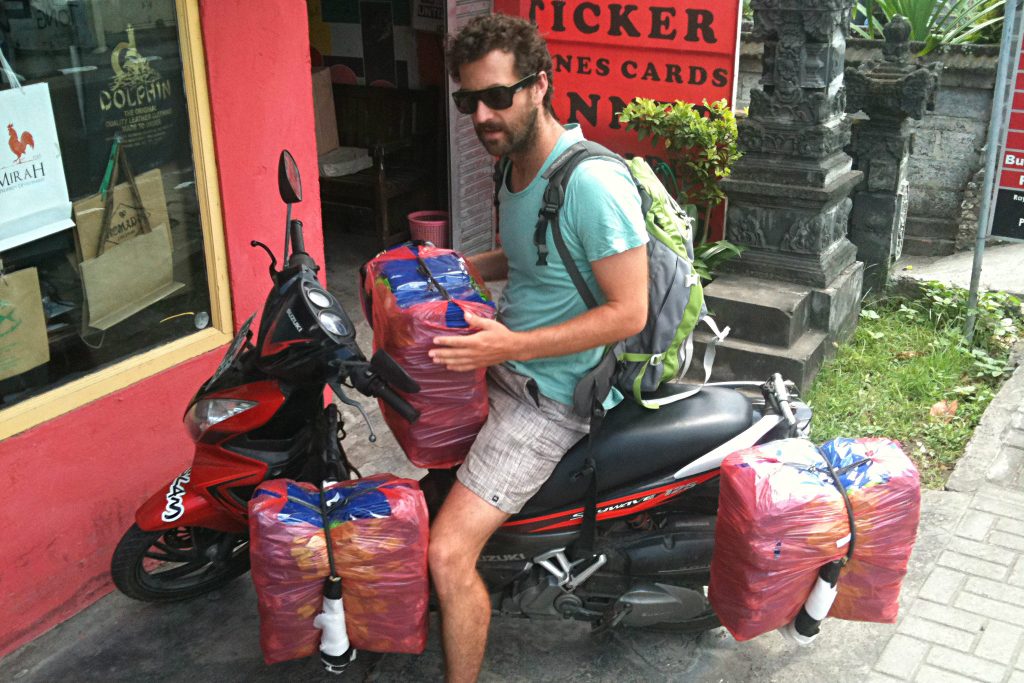 Björn and me went to meet our student assistants and their dean. We explained them the experiment and the tasks we needed them to do: They had to go to many different villages and there look for the two biggest warungs. 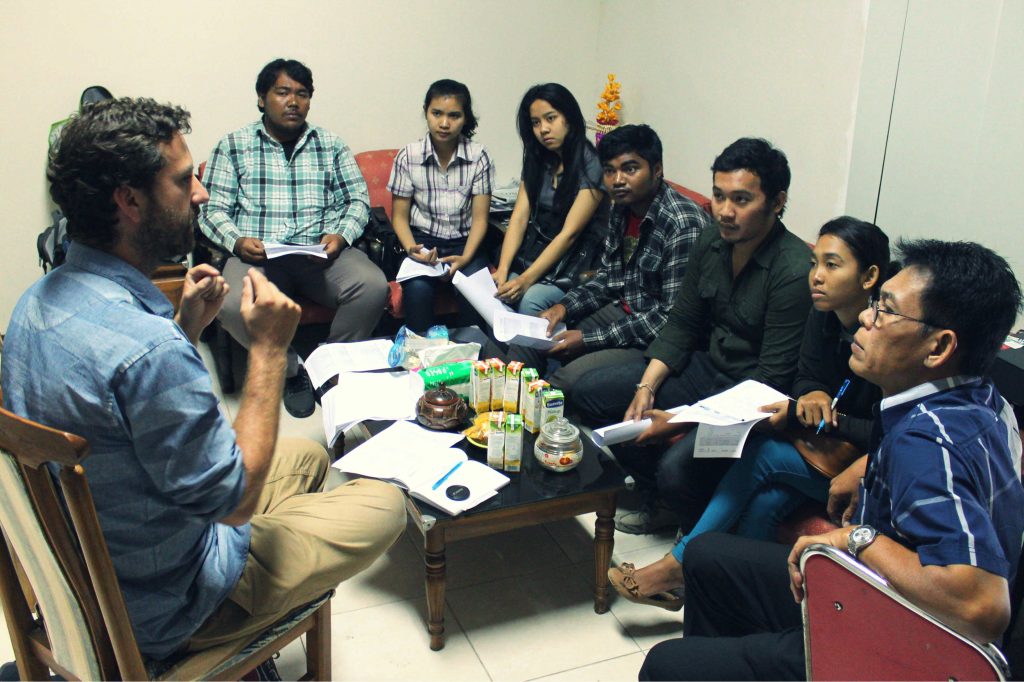 Explaining the experiment to our assistants at Warmadewa University

At the village they were first going to inform the warung owners about the negative environmental impact of plastic bags. Later when they decided to participate they received the following little poster: 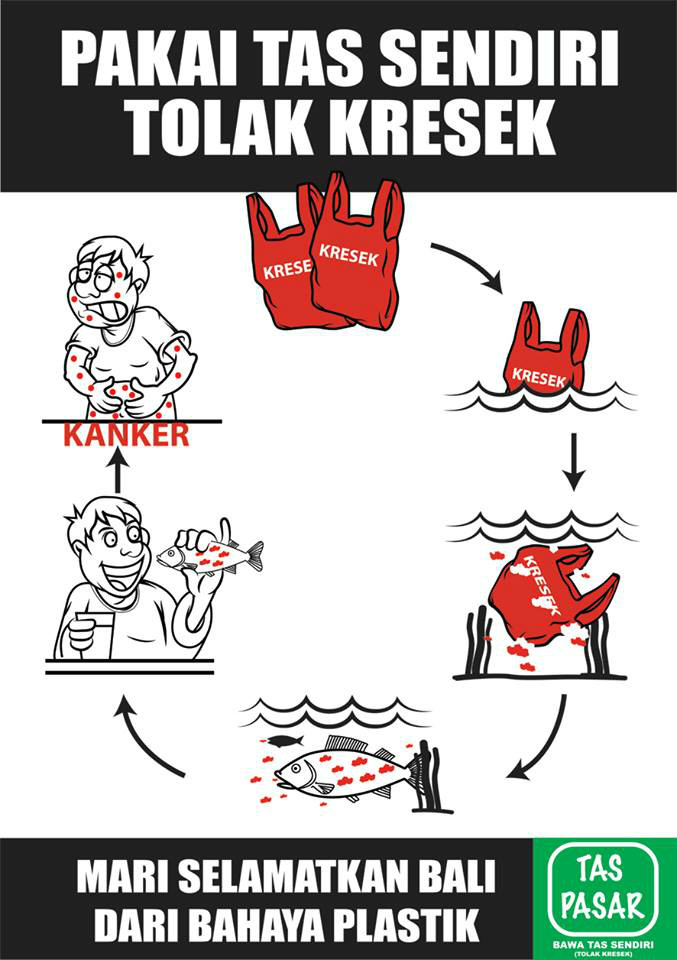 After explaining the bad effects from plastic bags, the assistants did the so-called “intervention”. The interventions which I called in the title of this post “Morals, Money or the Master.” And I will explain to you in a second what is behind those terms. At each warung only one intervention out of these three different ones were done. This way we can later see which idea has worked best. “Best” here means: Distributing most of the reusable bags we have given them. Actually each warung owner received 8 reusable bags, of which they were supposed to sell as many as possible. 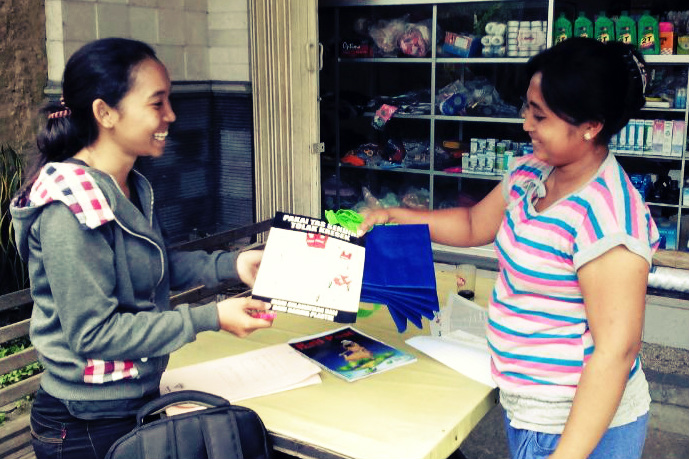 The students were to come back a little more than a week later and if the Warung Owners have sold bags, they had to pay a reduced price for each bag sold. There was a risk that no one would sell those bags, rendering not so insightful results. The other bad outcome would be that everybody sold all bags, which again would leave me with hardly interesting data. The key was to do the right pricing. A price that allows me to see differences, hence compare the treatments, and not choosing a price that is not the most powerful argument for buying or not buying the bag. So before the experiment started, I went back out to the field and tried to figure a price that is attractive, but nevertheless avoids scam. 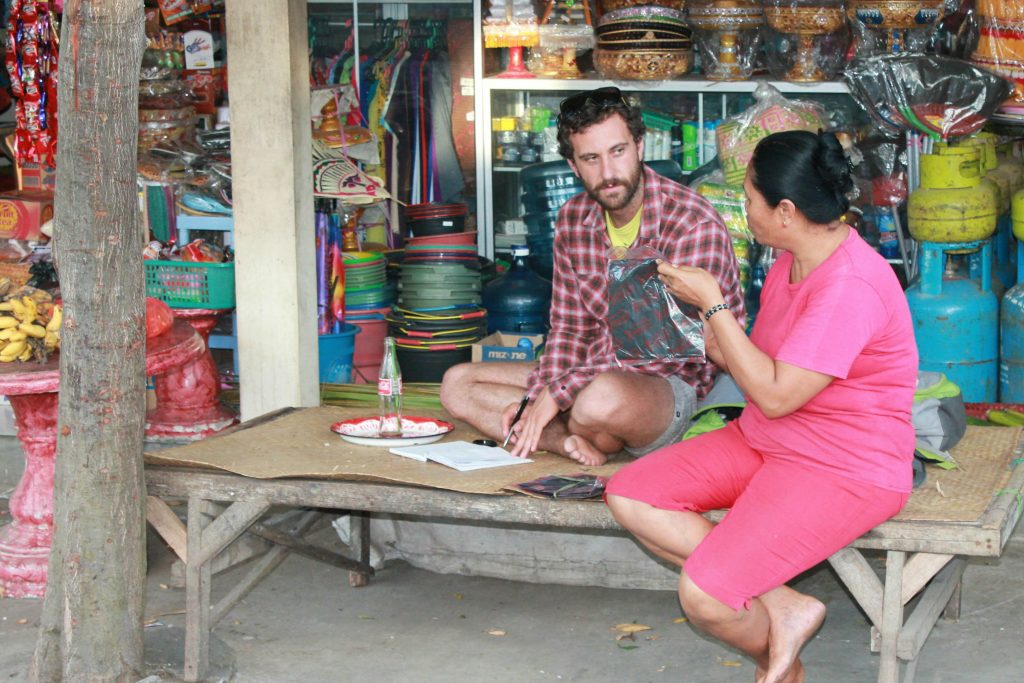 Ok, let me eventually tell you what the interventions were about, and what I mean by Morals, Money or the Master.

Morals: The student assistants gave extra information to the warung owner by asking to care for the protection of the environment and thus the well-being of society. They can achieve that by distributing reusable bags. 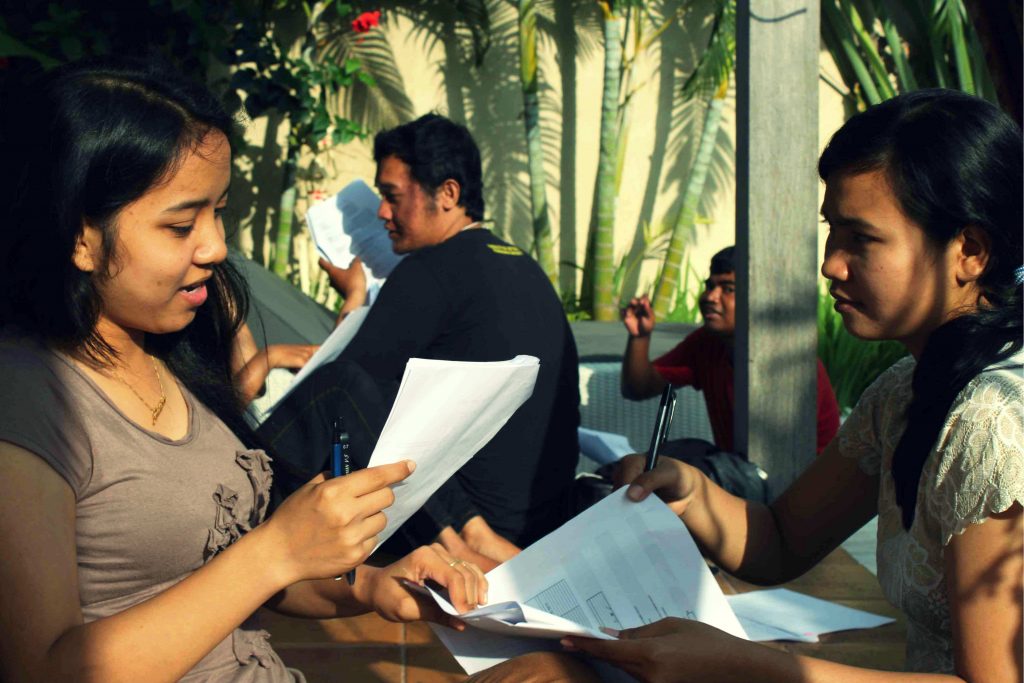 Students practicing for the conversations with warung owners in the field.

Money: The students asked how many plastic bags the warung owner needed for the customers, each week etc. Then the assistants calculated the warung’s monthly expenses for plastic bags, and argued that they could save money by having their customers use reusable bags.

The Master (actually village head): The student assistants went to see the head of the village and ask them to accompany them to the warungs where they showed their support of distributing the reusable bags. 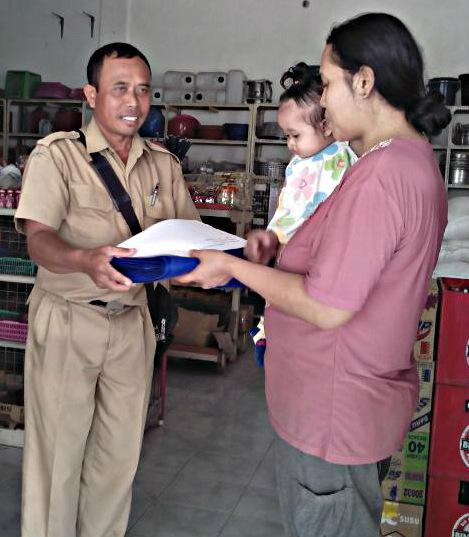 Which of these interventions are most effective in getting reusable bags to the customers in Indonesia?

The bags are the warungs, their owner received the intervention, the experiment is… ON!